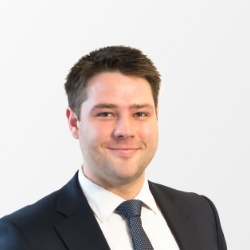 Cryptocurrency is growing in popularity as the consumers’ currency (or investment) of choice. At K3 Legal, this popularity is reflected in the growing number of clients we’re seeing with an interest in cryptocurrency or blockchain technology in general. But while cryptocurrency is probably blockchain’s most visible and widely used aspect, few understand how this digital asset works - or the legal framework that governs and regulates its activity.

Overview of how cryptocurrencies work

Using bitcoin as our example, most people know how to buy and sell bitcoins, but the other side of the system typically remains a mystery. Essentially, bitcoin miners provide transacting power by checking a public register and solving complex mathematical equations (the blockchain). Their incentive for doing so is twofold: block rewards and transaction fees.

Miners receive bitcoin rewards in return for finding and releasing bitcoins previously locked in ‘blocks’. As of 2017, around 20% of the 21 million total bitcoins were still locked away. But ‘block rewards’ decrease as more bitcoins are discovered, halving for every 210,000 blocks unlocked. And it’s estimated that all bitcoins will have been discovered by 2140.

Miners receive a fee for most transactions. Given that after 2140, transaction fees are likely to be the only incentive (no more bitcoins to discover, means no more block rewards), it’s important to understand how these fees work.

Because of the anonymity associated with Bitcoin, miners can’t choose to process particular transactions for specific consumers - and for miners in New Zealand, most of the transactions will occur overseas. Fees are assigned on a first-to-solve basis, so when a miner ‘solves’ a block, they’ll receive their block reward plus any appropriate transactions fees.

Treatment of Cryptocurrency in New Zealand

In New Zealand, the Reserve Bank and the IRD have both taken a cautious approach to this new technology. Like most other countries, we haven’t moved to specifically regulate cryptocurrencies; instead, they fall somewhere within our current regulatory framework.

The [Reserve] Bank shall have the sole right to issue bank notes and coins in New Zealand.

This raises the questions, what is meant by ‘bank notes and coins’ and is a cryptocurrency miner considered a creator of that bitcoin? The answer to the latter is ‘no’. Put simply, miners validate and check public ledgers of transactions that occur within the blockchain network and are rewarded by being transferred bitcoin.

The reserve bank has identified cryptocurrencies, in relation to new Anti-Money Laundering and Countering Financing of Terrorism Act 2009 (AML), as part of a problematic area they describe as “new payment technology”. The vulnerabilities the bank sees are that:

1. Cryptocurrencies facilitate anonymity or the disguising of identity or ownership, which represents a high AML risk.

2. There is a “Lack of Money Laundering/ Terrorism Financing awareness” associated with new payment technologies. The risk is that neither consumers nor service providers (to whom AML applies) are aware how AML applies to cryptocurrencies nor what their statutory obligations are.

On a positive note, the great thing about cryptocurrencies is that anyone can take part, both in investing and mining. But this raises the question of, with miners, whether they are providing a financial service. If the answer is yes, then the Financial Markets Conduct Act 2013 (FMC Act) and Financial Markets Authority say that person is a “Financial Service Provider”.

The FMC Act also says that if the service being provided isn’t related to the trading or exchanging of bitcoin for legal tender (NZD), then the activity isn’t considered to be an activity of a Financial Service Provider.

In a technical sense, bitcoin mining is indirectly facilitating transactions and this can and would include transactions where currency is being exchanged for bitcoin. (The miner in this situation facilitates the transfer of bitcoins from the wallet of the seller to the wallet of the buyer, assuming no intermediary is involved).

If you do provide a financial, you must:

(a) be a member of a dispute resolution scheme;

(b) be registered on the Financial Service Providers Register (FSPR) for each category of financial service you provide;

(c) pay the applicable fees and levies to the Financial Markets Authority;

(d) amongst other things, comply with the fair dealing provisions in Part 2 of the FMC Act which prohibit misleading conduct and deceptive statements being made; and

The K3 team has briefly looked at the following aspects of cryptocurrency to see whether they are financial services caught by the FMC Act. Helpfully the Financial Markets Authority provides the following information:

Exchanges
Exchanges issuing their own cryptocurrency to facilitate trading fall within the financial service category of ‘issuing and managing means of payment’.

Wallets
If you’re a wallet provider storing cryptocurrency or money on others’ behalf, and you facilitate exchanges between cryptocurrencies or between money and cryptocurrencies, your services fall within the category of ‘operating a value transfer service’.

If you hold money for depositors, you may be offering debt securities. Debt securities are financial products and have additional regulatory requirements under the FMC Act. However, if depositor funds are held in trust, your wallets may not be debt securities.

Brokering
If you arrange cryptocurrency transactions, you’re providing the financial service of ‘operating a value transfer service’. If you provide transaction services in relation to cryptocurrencies or tokens that are financial products, you may have obligations as a broker under the Financial Advisers Act 2008.

Tokens
A token that’s issued as part of an ICO isn’t regulated by the Financial Markets Authority unless it meets the criteria of a financial product (i.e. it’s a debt security, equity security, managed investment product or derivative) and is offered to retail investors in New Zealand.

However, we can designate tokens issued as part of an ICO to be a particular financial product if, based on their economic substance, this is necessary to promote fair and efficient financial markets in New Zealand or any of the other purposes of the FMC Act. For example, a project token giving investors voting rights and a share in the company and its profits could be designated an equity security. A designation could be accompanied by an exemption to modify FMC Act disclosure and governance requirements.

Designations are only made after industry consultation and don’t apply retrospectively. So, only those ICOs that happen after a relevant designation is in place, are regulated by the Financial Markets Authority.

ICOs and tokens that aren’t financial products will still be subject to general consumer protection laws in New Zealand, for example prohibitions against misleading and deceptive conduct and fraud or other criminal conduct.